I had zero expectations of Malaga. In fact, after the love I found in – and for Granada, my expectations were below zero. I had thought that given the amount of Brits living here it would be a built up, apartment/residential town. I think too that Nina added to my negative expectations.

Nina’s journey began on her bus ride from Granada to Malaga. By all accounts it was a wild ride down steep hair-pin curves, where goat herds and goat herders would have to scramble either down, or up, the steep mountain-side as the “great bus would round a corner suddenly”. The road, according to Nina ran “perilously close to the edge of the stony steep that fell away into the valleys – the great valleys with mall lone hills set about in them”. She laughs at a “little fat man in front of me, leaning forward, with both ands an desperate expression, to grip the back of the next sear everytime we came to a fresh corner”. My sleek, modern coach drives smoothly down the auto via – which would not have been here in 1934. I looked for signs of the old road Nina described and every now and then fancy I would catch a glimpse of it. I think of what a bus in 1934 would have looked like and I cannot conjure one up in my mind. I make a mental note to google 1934 bus when I reach Malaga. So comfortable is the new modern coach travel that now one clutches the seat in desperation but rather sleeps or looks at their phones. In no time at all, we arrive safely in Malaga having not seen one goat herd.

Nina wrote that she would “always remember Malaga, because there, for the first time in my life, I had a curse put upon me”. For the first time she was happy not to speak any other language than English – so she could not know what the curse was. I have not received a curse here – yet – and obviously hope not to. Alas, however, I find another difference between Nina and me. Nina says “Malaga’s Cathedral is thrilling outside, but not so very beautiful inside, except for its vastness and the line of round arches of its rosette-studded vaulting”. I found it to be very beautiful inside and out. Like Nina, I sat in there for quite a long time. Like Nina “there steals upon you a quietude, a serenity of mind the secret of which is almost lost nowadays”. Nina wrote that in 1934 – imagine what she would have thought of modern life in 2017!

“Malaga is surprisingly modern after Granada”, both Nina and I have found this. Nina appreciated how progressive it was and there was much less staring from the Spanish. I enjoyed Malaga as it is a much less tourist destination. One that doesn’t have a ‘tourist area’ but where locals, ex-pats and tourists all intermingle on the streets and in bars and cafes.  Nina found Malaga as one of the nosiest towns in Spain. I think all of Spain is noisy now. She would not have had to put up with the noise of motor-bikes everywhere. Surprisingly, that is all Nina had to say about Malaga. I have found Malaga to be a beautiful old town. So much of its history and its beauty has been retained, despite the revolution, despite the Civil War, despite the English and despite modern development. I arrived on Sunday afternoon and went out for a walk. Unfortunately, I walked in the wrong direction from the town and did wander into the modern suburbs, built in the 70s and 80s. This did my low expectations no great favours. On Monday morning, I walked in right direction and found the town. Before long I was in the inevitable maze of narrow laneways and streets, unsure of my direction. All of a sudden I was in a square and the Cathedral rose majestically in front of me. People sat drinking coffee and orange juice while eating toast or dipping their churroz into cups of thick Spanish chocolate.

From the outside of the cathedral you can notice it only has one corner tower. The other remains unfinished. There are several theories to this which Spanish historians argue about. One is that the Bishop of Malaga gave away the money for the second tower for America to fight against the British during the American War of Independence. Spain and Great Britain at the time, were great enemies. Another theory is the money was given by the Bishop to build a road, important for trade, over the mountains out of Malaga to connect with the rest of Spain. Of course, there are those who believe the Bishop simply kept the money for himself. Whatever the reason, the debate today is on whether they should finish the Cathedral by building the final tower or leave it has it has now been for centuries.

Even though it is autumn in Spain, the days are still hot. The afternoon sun still stings. When I walk, I follow the shade. Always the shade. It is easy to do in the narrow Spanish laneways. So build for this purpose, to keep the houses and streets cool on the hottest summer days. The maze element was to confuse any armies who thought it a good idea to attack. The narrow streets also did not make it easy for any attacking army to go through more than one or two men together. There is still an ancient Roman amphitheatre here in Malaga. However, it is less than impressive, especially after the extraordinary large one with extraordinary views out to Mt Etna, that I sat in at Palermo, Sicily. I am yet to see better than that but suspect I will not. 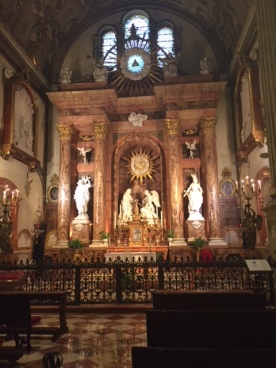 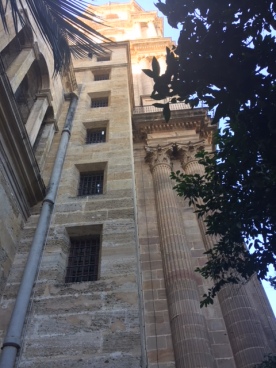 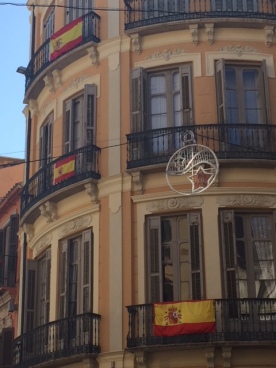 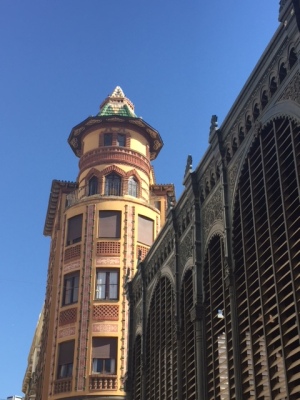 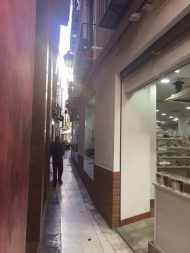 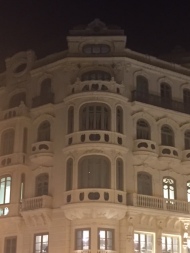 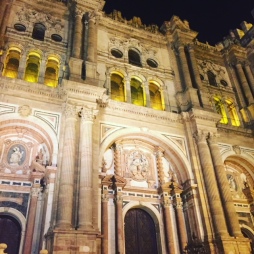 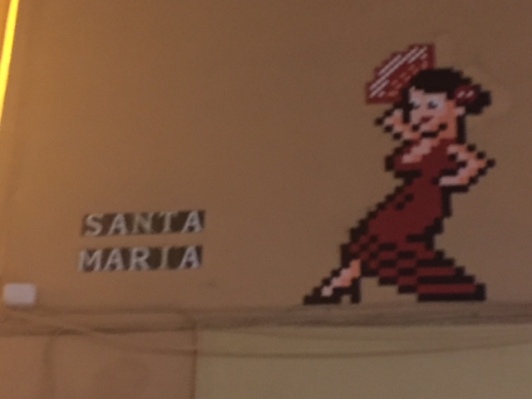 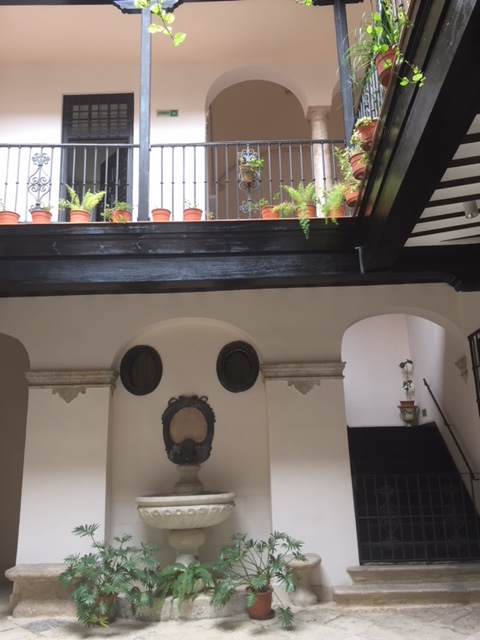 3 thoughts on “Malaga – you surprised me but you did not disappoint.”

The seat of my pants

The seat of my pants

I’m on Twitter by the seat of my pants